Google announced scheduled disk snapshots at Google Cloud NEXT this year. The support allows admins/operators to create schedules and bind disks to the schedules. Backed by some sort of quartz/timer trigger, the schedules initiate snapshots of disks and maintain copies for a configurable period of time.

The details for these alpha features can be difficult to dig up on the web, but are pretty easy to uncover via gclouds alpha and beta components. Upon first execution of any such command, the CLI will request authorization for installation. This can also explicitly be done by using the gcloud components install [alpha|beta] command.

The following image shows the basics of creating and attaching a scheduled snapshot: 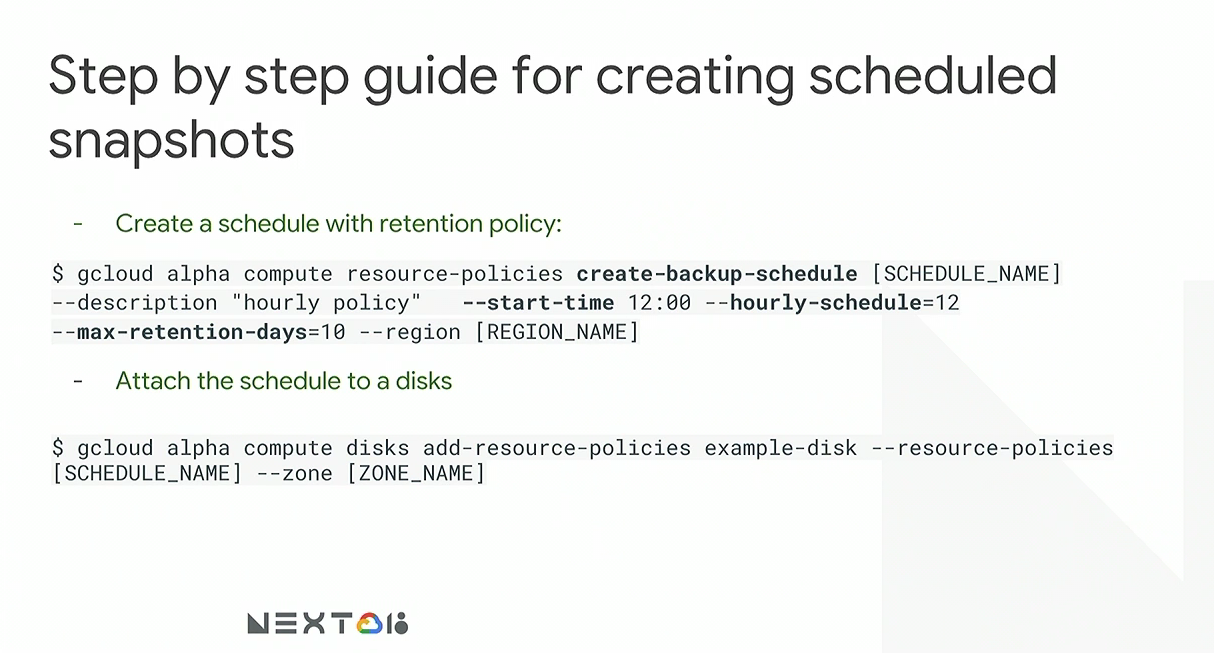 Additional usage details are available from the gcloud CLI by suffixing any given command with help i.e. gcloud alpha compute resource-policies create-back-schedule help. Here are a few more examples of schedule creation: 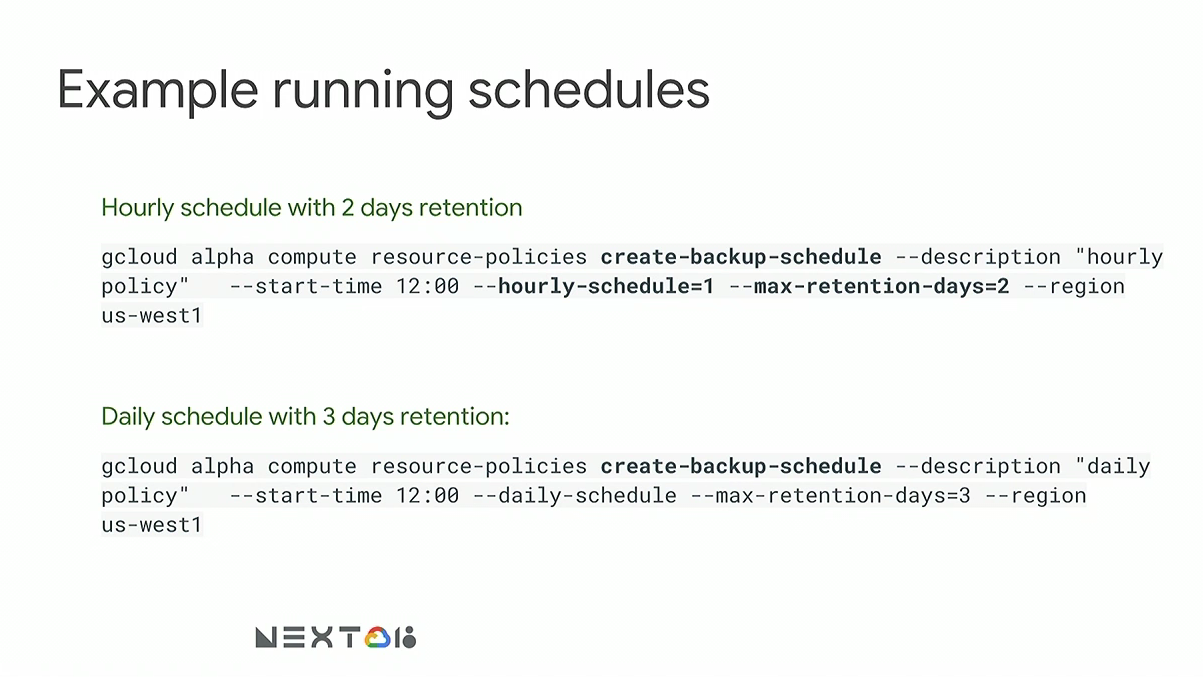 Unfortunately, the Terraform GCP Provider does not currently support beta or alpha features of GCP, or, at least not this one. However, this lack of support doesn’t mean the feature can’t be leveraged. Terraform’s local-exec provisioners allow Terraform to stitch resources and lifecycle events into any local command line tool. The only requirement for any external call from terraform, locally, is that the environment is properly setup to make use of a given command. Consider the following example:

…and a Terraform HCL code snippet of:

The first local-exec block fires after the resource is created executing a shell command only if the variable snapshot_policy_name is populated. If it is, it will call out to Google via the gcloud CLI using the alpha feature support and bind the disk to the policy. The second local-excec block fires before the resource is destroyed ensuring proper cleanup.

In the event that gcloud alpha support has not been enabled; the command will fail and Terraform will halt. If the exit code is non-zero for the resource creation provisioner, sub-sequent runs will taint the previously created resource and try again.

Though this feature is available in the gcloud CLI, it is not enabled on projects by default and requires writing to Google Cloud support to get enabled.